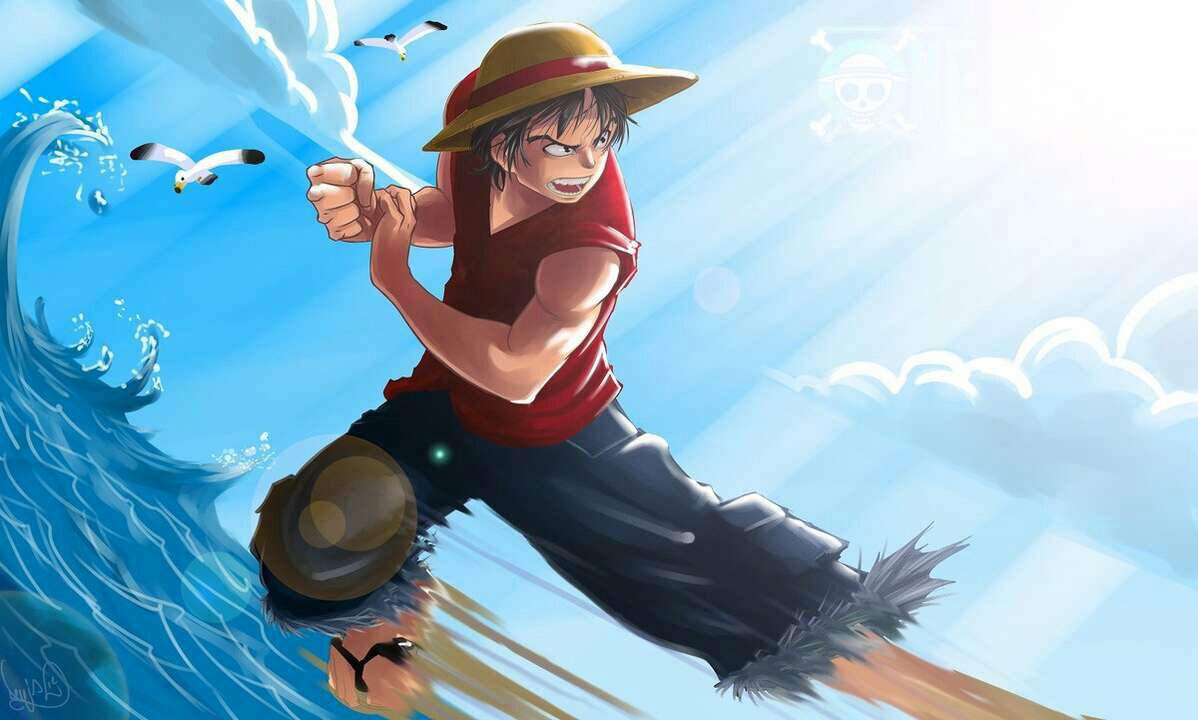 Briefly about One Piece manga: In this world, where the focus is on pirates and their voyages, most sailors are chasing money. And the biggest dream of the sailor-robbers is probably Van Pis, the treasure once left behind by the famous Pirate King Goal D. Roger. Before his execution, he declared that all his treasures are hidden in one place, and to find them can be someone who goes along the dangerous current of the Grand Line, which surrounds many islands. At first, all the pirates rushed in search of this wealth, but soon realized that finding it is not so easy, resulting in a simple robbery.In contrast, the protagonist, Monkey D. Luffy, still believes that Van Peece can be found.

The kid has been dreaming of becoming a Pirate King since childhood and has extraordinary abilities: once he ate a forbidden raft, he was able to stretch his limbs. Luffy is determined to meet his destiny and opens up his own team, in which he will play the role of captain. Soon, a company of motley, but devoted friends gathers, and they all set off on a dangerous, but complete adventure voyage to the Grand Line.

This World Needs to be Cursed